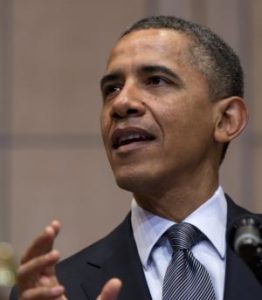 WASHINGTON (AP) — First it was people earning at least $1 million a year. Now Democrats seeking their next election-year target for tax increases on better-off Americans have found it: the owners of many privately held corporations.

Senate Democrats introduced legislation Tuesday that would prevent student loan interest rates from doubling this summer. Its $5.9 billion cost would be paid for by making it harder for owners of so-called S corporations to avoid paying Social Security and Medicare payroll taxes on some of their earnings.

The proposal would affect such companies with earnings of at least $250,000 annually and whose revenues come from the work of three or fewer owners. It would also apply to some lawyers, doctors and other professional service businesses that are owned by partnerships.

The Democratic tax plan, which has been under discussion among congressional and Obama administration aides, would tighten the definition of S corporation income on which payroll taxes must be paid. The idea was already eliciting Republican opposition, but Democrats believe there would be political value in forcing GOP senators to vote on the measure, win or lose.

S corporations are a widely used way of forming businesses, commonly used by many professional service practices like doctors and lawyers, as well as by construction, retail and real estate companies. There are more than 4 million of them in the United States. They are named after the subchapter of the tax code that defines them.

A 2009 report by the Government Accountability Office, an investigative agency of Congress, estimated that in 2003 and 2004, shareholders of S corporations underreported wages by nearly $24 billion, “which could result in billions in annual employment tax underpayments.”

By law, S corporations are not publicly traded. They may have no more than 100 owners, but the overwhelming majority are owned by just a small handful of people: 6 in 10 have a single shareholder and more than 9 in 10 have three or fewer, according to that same Government Accountability Office report.

Democrats believe the proposal could feed their campaign push for tax equity, just like the “Buffett rule” vote they forced in the Senate last week and lost, which would have required people making $1 million annually to pay a minimum amount of federal income taxes. They cite reports that drew attention to two politicians using S corporations as tax shelters: former Republican House Speaker Newt Gingrich, who has challenged Mitt Romney for their party’s presidential nomination, and former North Carolina Sen. John Edwards, who contended for the 2008 Democratic presidential nomination.

Republicans said that while instances like Edwards’ use of an S corporation to avoid paying payroll taxes deserve scrutiny, they think the Democratic strategy will backfire.

“It would be mystifying if Democrats chose to make the price of doing business for America’s small businesses more difficult with our economy as weak as it is,” said Antonia Ferrier, spokeswoman for Sen. Orrin Hatch of Utah, top Republican on the Senate Finance Committee.

Brian Reardon, executive director of the S Corporation Association, said the Internal Revenue Service already has the ability to pursue people who don’t pay the taxes they owe. He said he believed the Democratic plan would be “less workable, less enforceable” than existing rules.

S corporations do not pay corporate income taxes. The company’s earnings flow through to their owners, who include them in the individual income taxes they pay.

But those owners only have to pay Social Security and Medicare payroll taxes, which this year are 5.65 percent for workers and 13.3 percent for self-employed people, on company earnings that they declare to be their salaries. They owe no payroll taxes on the part of their compensation that they consider to come from their firm’s profits.

The IRS says S corporation owners must consider a reasonable portion of their earnings to be salaries, but there have been disputes over how to interpret that.

A similar proposal by Senate Democrats went nowhere in 2010. This year Rep. Pete Stark, D-Calif., introduced a similar bill that has languished in the GOP-run House.